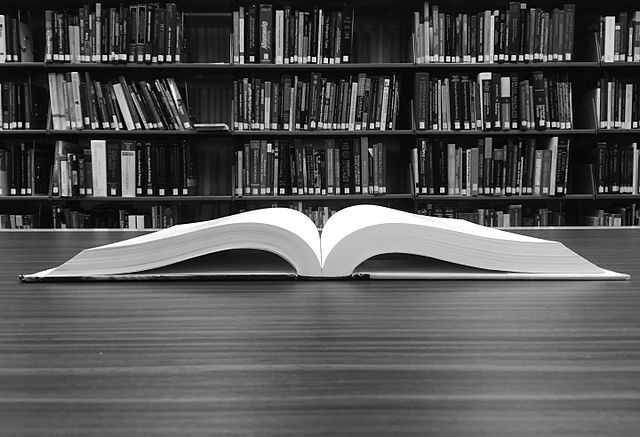 I grew up in an era of top-down information flow – book publishers, newspapers, magazines, network TV, radio. I was accustomed to someone else making decisions about what I should read, watch and listen to. They created information, I consumed it. Other than writing an occasional letter to the editor, it never occurred to me that I had anything to add to the dialogue – even then someone else decided if my letter would get published. Information came to me according to their schedule. My only option, was deciding what to pay attention to.

School was just a continuation of the informational flow that dominated the rest of my life. Teachers, like their mass media counterparts, defined what was important for me to know and scheduled when I should learn it. I spent hours listening to teachers talk, and then practiced what teachers told me at my desk.  Later, I gave the information back to the teacher on a test – usually in the same form I received it.

A few teachers fostered my critical thinking skills, but at best I was merely asked to assess the positions of competing “authorities.” Great debates texts chose the issues and confined the discourse to re-runs of classic loggerheads such as the Federalists vs anti-Federalists.

I had some skepticism for my informational landscape, but I was quite comfortable with the experts curating my information. What could be more reassuring than Walter Cronkite claiming “… and that’s the way it is.” He reminded me of my favorite teachers.

Fast forward to a digital age which has fractured the information flow – fragmenting it into ever smaller pieces: LP record > CD >  single song download > ringtone. Now we are armed with gadgets that allow us to re-assemble the info bits; by-passing the curatorial function that had been served by the legacy mass media. Who needs a Walter Cronkite? I can be my own editor, reviewer, researcher and entertainment director. I don’t simply consume information – I am a content producer. I blog, I tweet, I review my Amazon purchases, I make sure my Facebook friends know “what’s on my mind.” Forget that much of what I post / tweet about are links to the mainstream media, if they can’t survive, they’ll have to come up with a new business model!

What happens in schools when life has become an open-book test?

The legacy mass media aren’t the only ones struggling to adjust to the transformation of information. Today, students feel in charge of information – their landscape is explored with an expectation of choice, functionality and control that redefines our traditional notions of learning and literacy. Unlike newspapers, schools aren’t quite yet an endangered species – at least until someone figures who will watch the kids all day. But schools run a greater risk of becoming irrelevant to students.

It’s time to redefine to the information flow in schools. Educators must realize that they cannot simply dispense information to students. They will lose the battle of competition for student attention span. Instead they must teach students how to effectively use the information that fills their lives – how to better access it, critically evaluate it, store it, analyze and share it.

Students are adrift in a sea of text without context. As the barriers to content creation have dropped, old media (for all its flaws) has been replaced by pointless mashups, self-promoting pundits, and manufactured celebrity. The web may have given us access and convenience, but it’s an artificial world where rants draws more attention than thoughtful discussion. Responsible general interest media are being replaced by a balkanized web where civil discourse is rapidly becoming less civil.

Schools can become thoughtfully-designed learning environments where students can investigate information and be given a chance to reflect (with their peers) on what they learned and how they see themselves progressing as learners. That can be done with a variety of technologies – even pencil and paper. A social network is already sitting in the classroom that can interact with information and each other without the need to go online.

Teachers shouldn’t feel in competition with all information permeating their students lives. Instead, they should realize that they can help their students become more skillful curators of their unique digital worlds. Most importantly, they can assist students in becoming more purposeful in their information choices. Despite their claims of multi-tasking, students will someday realize that infinite amounts of information competes for their finite attention. Their ability to critically filter out unwanted “informational noise” may eventually emerge as the most important new literacy.

10 Replies to “What Happens in Schools When Life Has become an Open-book Test?”