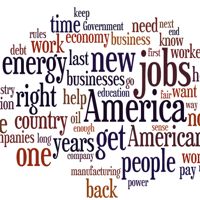 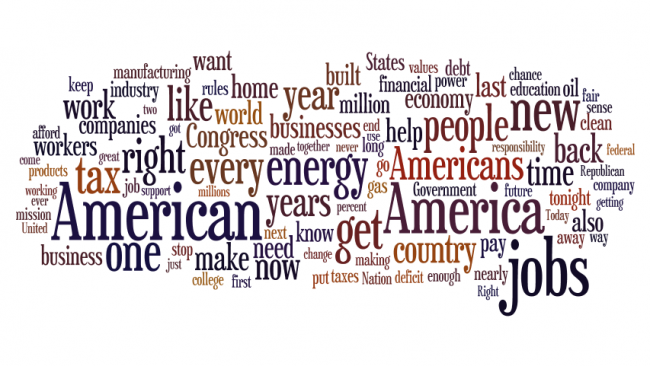 If you want to analyze word use in all the State of the Union addresses, there’s a great tool at State of the Union. Image below is from JFK’s 1961 SOTU. (This a static screen shot go to site for a functional word map.) More instructions below. 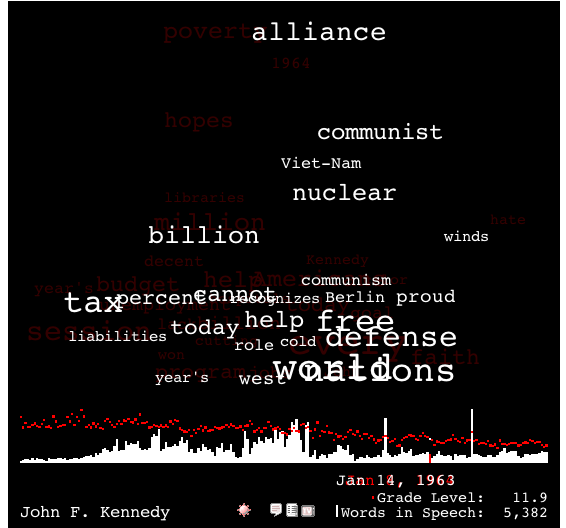 Here’s some of the features of this site:

To move between State of the Union addresses, click or drag on the graph below the word cloud; the president who delivered each address and the date of delivery will appear at the bottom of the screen and in the center. The current date will appear in white and the previous one in red.
You can also use the right and left arrow keys to move one year at a time.

The words from the previous address viewed will appear in red when your mouse is over the cloud window so you can compare them. Mouse out to make them fade into the background.

Click on a word to view the full State of the Union address in the window to the right; the selected word will be highlighted.

Click below the graph or on a blank area of the word cloud to view the Wikipedia U.S. History Timeline describing events that happened in and around the year of the address.