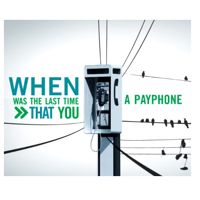 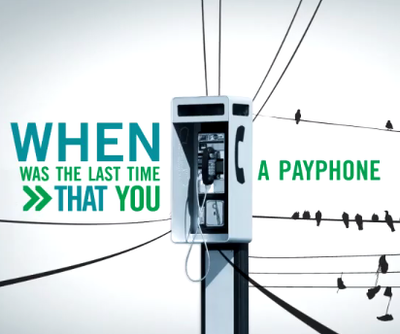 Their seems to be a new genre of “Did You Know” video designed to overwhelm us with upbeat music and a relentless bombardment of stats attesting to the whirlwind of technological changes going on in the world.  As if I need a YouTube video to remind me! The video below was produced by the New Brunswick Department of Education. I really enjoyed the opening question it poses – “When’s the last time that you – sent film out for processing, used a pay phone, etc…” It then asks a great contrasting question – “But what about education?”

I was disappointed at the 52 second mark when I watched the film go on to contrast those antiquated activities with the innovations going on in New Brunswick schools.  I was hoping for a different contrast – interviewing students about the obsolete communications landscape of the typical classroom – when’s the last time they were asked to listen to a teacher talk, write down what they heard and then give it back on a test.

Not many pay phones around anymore, but walk in most schools and you’ll have little trouble finding a lecture.

Notes to my Canadian neighbors: I was impressed with the great things going on in New Brunswick schools. The lecture problem is global. And one more thing … can someone find another adjective to replace 21st century?