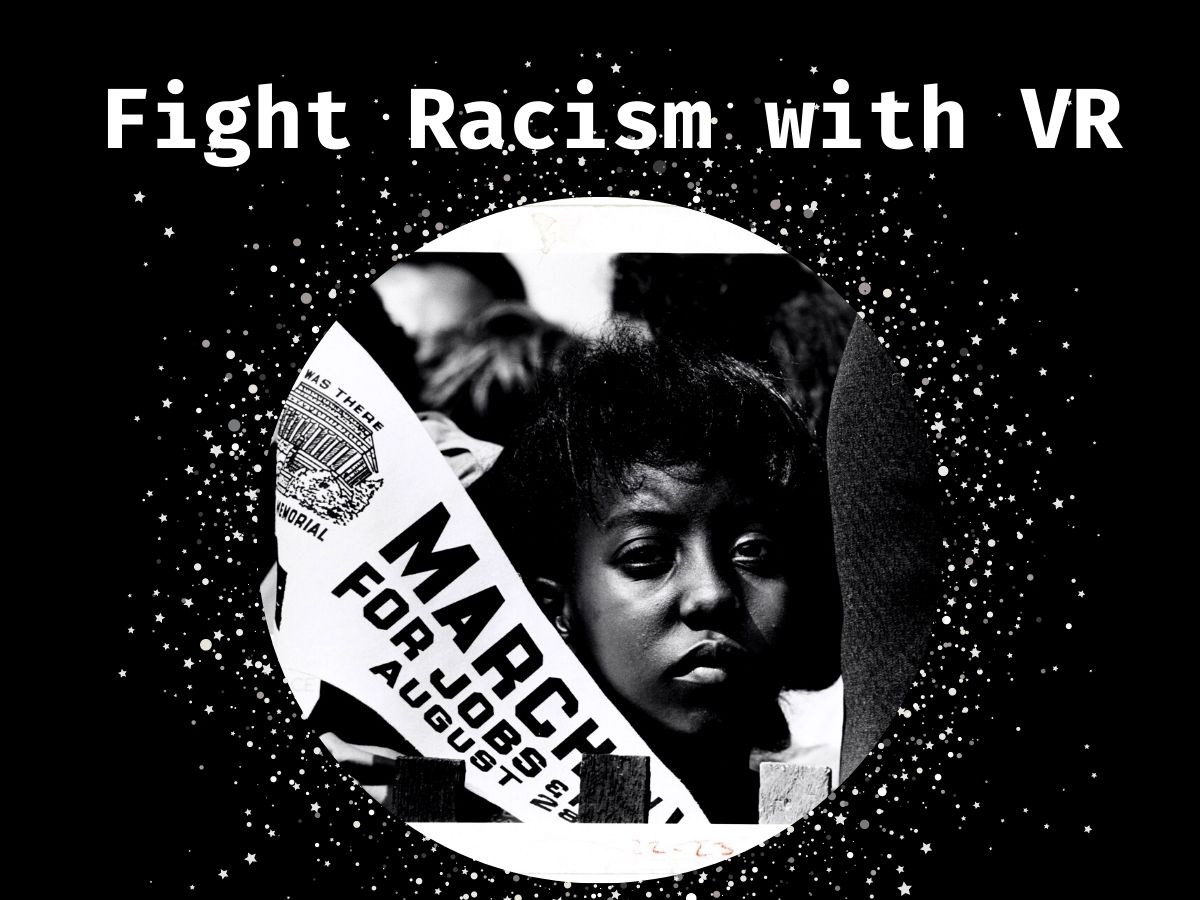 These virtual and augmented reality programs allow the user to shift their point of view and experience the legacy of segregation in America. Students and teachers can “step inside” these immersive environments and feel the weight of systemic racism. These cutting edge approaches can inspire the next generation in America’s fight for social justice.
Descriptions by creators.

I Am A Man” VR Experience is an interactive virtual reality experience set to the historic events of the African- American Civil Rights Movement. Users will witness the 1968 Memphis Sanitation Worker’s Strike and the events leading to the assassination of Dr. Martin Luther King, Jr. using the Oculus Rift VR headset. The VR project was created by Derek Ham and won an award for funding through the Oculus Launch Pad program.

Traveling While Black is a cinematic VR experience that immerses the viewer in the long history of restriction of movement for black Americans and the creation of safe spaces in our communities.

Academy Award winner Roger Ross Williams and Emmy Award-winning Felix & Paul Studios’ film transports you to historic Ben’s Chili Bowl in Washington DC. The viewer shares an intimate series of moments with several of the patrons of Ben’s as they reflect on their experiences of restricted movement and race relations in the U.S.

1,000 Cut Journey is an Immersive Virtual Reality experience in which participants embody a Black male, Michael Sterling, experiencing racism as a child through disciplinary action in the classroom, as an adolescent encountering the police, and as a young adult experiencing workplace discrimination.

Mapping Amache: The Amache Internment Camp is located near Granada, Colorado. It is where over 10,000 Japanese-American citizens and persons of Japanese ancestry were forced to live from 1942-1945. It is also called Granada Relocation Center.

This weblog is intended to follow along with the long-term project of mapping this one square mile of earth where so much history took place. The basic map of Amache has been developed over the last few years. There are layers for things like roads, boundary, housing blocks, barracks and so forth. The challenge is to present this information in a way that makes it useful, accessible and honors the people who lived there.