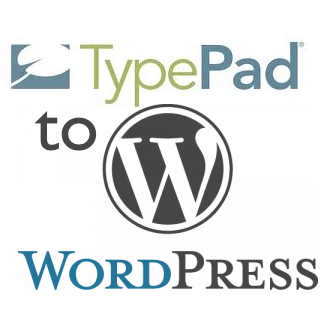 If you’re a follower of my blog you’ll notice its new look. Copy / Paste has moved to WordPress.

When I first started blogging back in ’05 I was a bit confused by WordPress, so I opted for TypePad. TypePad has been easy to use, but I’ve enviously watched WordPress evolve into a far superior platform. And I’ve always been a bit nervous wondering what might happen to my blog if TypePad – a paid blogging host – decided to pack up shop. Earlier this year, its parent company, Six Apart, was sold to a new owner. My anxiety level increased. The thought that some new owner of TypePad might one day shut it down was frightening. But so was the idea that in moving to WordPress, I might jeopardize my content and traffic.

Fortunately I found Foliovision – and here’s three reasons why I can highly recommend their work:

1. I don’t think in html, yet manage to do lots of interesting things with technology with only a veneer of understanding of what’s going on under the hood. Foliovision spent a great deal of time explaining the conversion process before I signed on. (How many times did I make them absolutely promise that a conversion wouldn’t kill off all my bit.ly links?) Since we started working on the project, they have patiently answered questions that a serious techie must find rather naive. Bottom line – while they wrote the book on TypePad to WordPress conversions – they can discuss it in layman’s terms.

2. They manage project workflow with style and efficiency. Through the conversion process I worked with four specialist via their Foliovision’s Basecamp collaboration tool. Replies were timely and each person seemed well aware of what the rest of the team was doing. Alec, Foliovision’s creative director, would periodically pop into the conversation with a great idea, like merging one of my other domains into my new blog. You never would have guessed I was working with a team based in Bratislava, Slovakia – half a world away from Portland, Ore.

3. It turned out to be an engaging collaborative effort. OK – so I didn’t have much to suggest to Martin about programming or Marieta about CSS. But I did have a bit of synergy with Michala, the lead designer and project manager. We shared loads of design ideas and exchanged screen shots as the look and function of the new blog took shape. We even found out we both admire the work of Barbara Kruger – you’ll recognize her influence in my blog.

So this is my first blog post on my new site. I’m eager to learn more about using WordPress and leveraging the custom Foliovision plugins. And, of course, I checked all my content, links, and data  - they made it over successfully.

4 Replies to “My TypePad to WordPress Conversion”