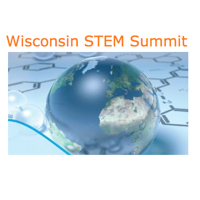 I’m in the Wisconsin Dells today to deliver a four-hour training session for CESA 6. It’s entitled “21st Century Skills in Action: Project Based Learning in the STEM Classroom.”  We’ll be using a Turning Point ARS and lots of activities so that participants experience the why, what, and how of PBL in the STEM curriculum.

Students explore their world with an expectation of choice and control that redefines traditional notions of learning and literacy. Educators are discovering that they can motivate students with a PBL approach that engages their students with the opportunity to behave like STEM professionals while solving real-world problems.

I was pleased to read an interesting piece in the NY Times on yesterday’s flight. “Computer Studies Made Cool, on Film and Now on Campus” (6/11/11). While the focus is on the growing popularity of computer science, it make a strong case for the project based approach to learning.

The new curriculums emphasize the breadth of careers that use computer science, as diverse as finance and linguistics, and the practical results of engineering, like iPhone apps, Pixar films and robots, a world away from the more theory-oriented curriculums of the past.

The old-fashioned way of computer science is, ‘We’re going to teach you a bunch of stuff that is fundamental and will be long-lasting but we won’t tell you how it’s applied,’ ” said Michael Zyda, director of the University of Southern California’s GamePipe Laboratory, a new games program in the computer science major. With the rejuvenated classes, freshman enrollment in computer science at the university grew to 120 last year, from 25 in 2006. …

To hook students, Yale computer science professors are offering freshman seminars with no prerequisites, like one on computer graphics, in which students learn the technical underpinnings of a Pixar movie.
“Historically this department has been very theory-oriented, but in the last few years, we’re broadening the curriculum,” said Julie Dorsey, a professor.

She also started a new major, computing and the arts, which combines computer science with art, theater or music to teach students how to scan and restore paintings or design theater sets.

Professors stress that concentrating on the practical applications of computer science does not mean teaching vocational skills like programming languages, which change rapidly. Instead, it means guiding students to tackle real-world problems and learn skills and theorems along the way.

“Once people are kind of subversively exposed to it, it’s not someone telling you, ‘You should program because you can be an engineer and do this in the future,’ ” said Ms. Fong, the Yale student. “It’s, ‘Solve this problem, build this thing and make this robot go from Point A to Point B,’ and you gain the skill set associated with it.” With other students, she has already founded a Web start-up, the Closer Grocer, which delivers groceries to dorms.