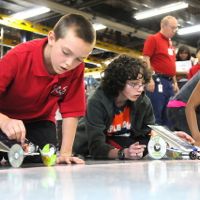 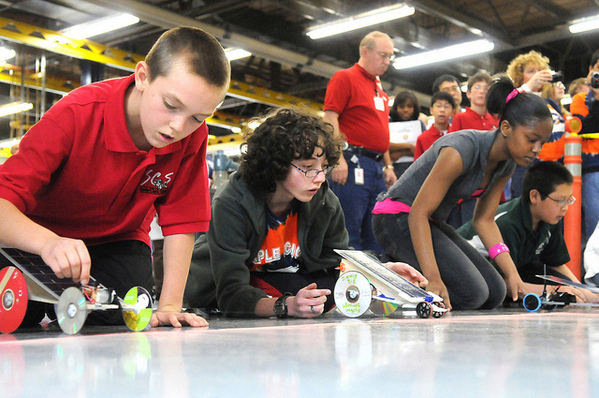 I’m giving a daylong workshop (pdf) at the SW Wisconsin Business and Education Summit at the Lenz Conference Center at Southwest Tech in Fennimore WI. My workshop notes and resources are available here. For more of my posts on PBL click here.

Your students explore their world with an expectation of choice and control that redefines traditional notions of learning and literacy. Increasingly educators are discovering that they can motivate students with a PBL approach that engages their students with the opportunity to think like professionals while solving real-world problems. This workshop gives participants the why, what, and how (to get started) of PBL.

I’ll focus on six reasons why PBL can build skills and engage students.

You can follow the #PBL tweet stream at the visualizer below. Direct link to my visualizer at Wiffiti. 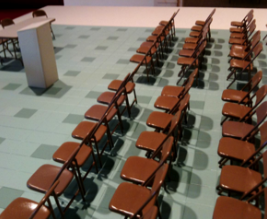 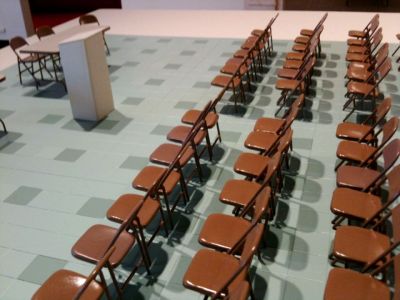 One of the goals of my blog is to research, curate and effectively share information with my audience. Conferences are a great aggregator of expertise and information that have inspired some of my most popular blog posts. Here’s three strategies that I’ve used to crowdsource my research and harness the conference backchannel. All three tools employ hashtags – the popular practice where conference attendees include a common tag in their tweets. Typically conference organizers will designate an official hashtag – some combination of letters / numbers prefixed with a hash symbol “#.”

There are many great Twitter visualizers that can be set up to automatically gather specific Twitter #hashtags. Two of my favorites are Wiffiti and Twitter StreamGraphs. Wiffiti displays entire tweets, while StreamGraphs graphs frequency of keywords within the tweets. Both are interesting visualizations of the conference backchannel. Each tool is free and can be embedded on your blog. And neither requires you to attend the conference.

Here’s how I used these visualizers  to cover the 2010 ASCD conference.

For some fun, I used StreamGraphs to blog “comparative coverage” of two conferences that were in session at the same time in this post, “Humanities Conference Smackdown! AHA vs MLA Twitter Visualizers.”

Prezi is a presentation tool that adds a dimension of space and scale to information. It can be displayed both as a stand alone presentation and embedded on a blog. Here’s how I used Prezi at the ITSC 2011 conference in Portland Ore, where I had been invited to attend as a guest blogger. My onsite tools included my MacBook, iPhone and Flip Video.

During the conference I attended sessions to gather photos / video and tweeted my observations along the way. I also gathered content from other attendees by following the conference hashtag #ITSC11. The finished Prezis can include – tweets, images, video, YouTube video, PDF’s, screenshots, text, hyperlinks and clipart.

Periodically I gathered all the content and created a Prezi. (BTW – I used the same Prezi technique to blog the San Antonio ASCD in 2010.) 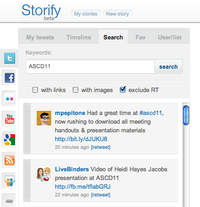 Storify is a new platform that allows users to quickly tell a story using material from the social web. Recently I received an invitation to try out their beta and I’ve been putting it to use as conference blogging tool.

The Storify web-based interface divides your screen in two columns. On the left (screenshot – to the left) are a variety of social media feeds – Twitter, FaceBook, Flickr, YouTube, RSS feeds, Google searches, SlideShare as well as any URL you select. It also has built in search tools that allow you explore your sources using hashtags. My favorite feature is that the Twitter search allows you to exclude RTs. As you find your content,  you drag it to the right side of your screen where you also have options to add text, delete or re-order content. When your Storify finished it can be embedded in your blog. To help you get the word out Storify sends out a Tweet to anyone you have quoted.

Here’s how I used Storify to cover the recent 2011 ASCD conference in San Francisco. I received many positive comments from viewers who thought I gathered some of the best social media being posted from the conference. I saved them the time of wading through all the RTs, side comments, and promotional tweets. BTW – I did not attend the conference.

Stay tuned for may ongoing conference coverage – I’m sure there’s a new tool being created that I’ll get to take for a spin! 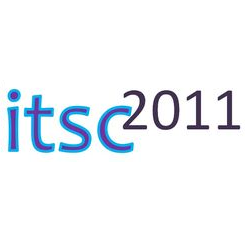 I’m pleased to be invited as a guest blogger to the Instructional Technology Strategies Conference 2/20-22 in Portland, Oregon. To help live and virtual attendees follow the backchannel here’s two Twitter visualizers based on the the conference hashtag #ITSC11.

Wiffiti Screen
(2/27/11 Note) Since this visualization is time sensitive, I have posted a short video screen shot.

(2/27/11 Note) Since this visualization is time sensitive, I have posted a screen shot. For the next few weeks you can click on link to live versions. 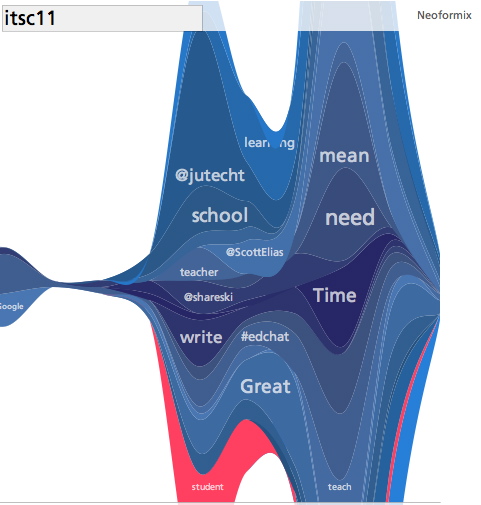 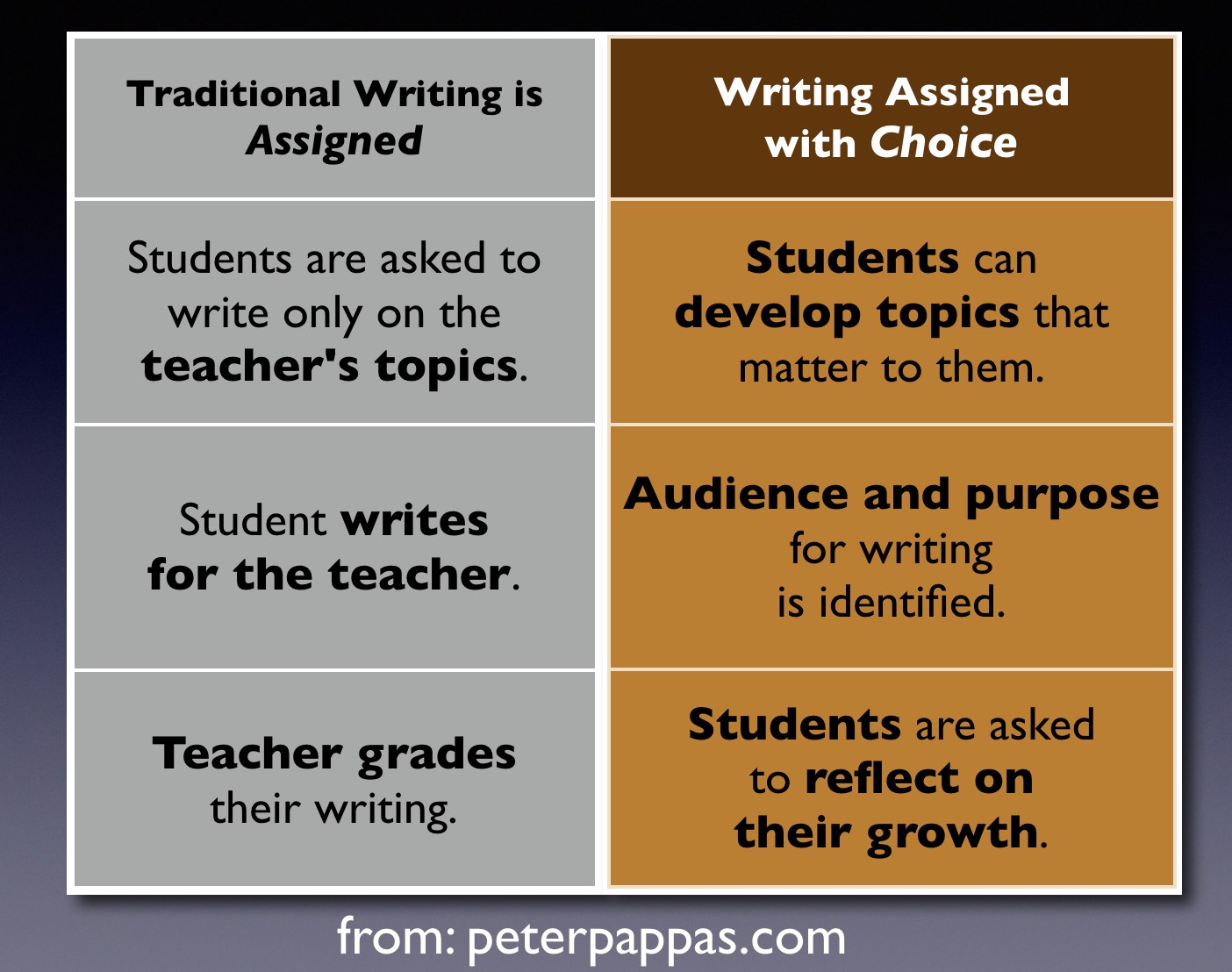 I’ve been invited by West Clermont Local Schools (Cincinnati OH) to do an opening day presentation for secondary teachers. This is not the first time we’ve collaborated. Earlier this year,  I assisted them in this project – “How to Use Web 2.0 to Create On-line Professional Development.” Looks like they have their PD act together!

The topic they assigned me for this week’s presentation is “How to engage students in the 21st century classroom.” This post outlines the message I’ll take to West Clermont. While the primary audience for this post is teachers in the classroom, I think there’s also a useful message for presenters who want to connect with their audience.

1. Remember that engagement is founded on choice: A task becomes engaging when you have an opportunity to make choices about content, process and product. For example here’s a diagram that shows how easy it is to transform a traditional writing assignment into a more engaging one.

See “First Day of School? Here’s How to Get Students Thinking” for a student-centered way to kick off the school year.

2. Alter the traditional information flow: All the one-way broadcast information sources are losing audience – TV, record industry, teachers who lecture. I’ll bring my TurningPoint audience response system to give them space in the information stream. We’ll also capture “backchannel” dialog with a Wiffiti screen. More on using Wiffiti in presentations. [Note: Discussion was so lively – I didn’t get a chance to use Wiffiti. A good problem!]

3. Thinking critically is more engaging than listening: Knowledge is only superficially transmitted by telling someone something. Students (and audiences) are engaged when you create learning environments that require them to apply their own analysis and evaluation to constructing meaning. Make it partial assembly required.

As a teacher, I was always turned off by trainers who weren’t using the strategies they were advocating. My workshops give the teachers a taste of how students will respond to the strategies in an authentic learning experience. As one teacher commented in her evaluation of my workshop, “Peter demonstrated his own method for rigor and relevance while teaching us, so we participated as our students would. The workshop was effective because he made us reflect on our classroom practice and our expectations of students. Then he supplied us with techniques and strategies to improve instruction.”

4. Relinquish responsibility for learning to the student (also this blog’s tagline): Students can develop their own iTunes genre scheme – what make you think they can’t analyze, evaluate and create? Many teachers feel they’re competing (unsuccessfully) with technology for student attention. I see things differently. Students aren’t engaged with technology because it lights up and beeps. They’re engaged with technology because it puts them in charge of information they access, store, analyze and share. It gives them something they rarely get in the classroom – choice. The lesson revision I outline in point 1 is about control (not technology) in the classroom.

5. Always keep in mind that the essence of teaching (or presenting) is creating learning experiences that provoke reflection: Students who are simply asked to follow instruction have nothing to reflect upon. (The same is true for audiences who have been asked to do little more than listen). Students who are offered the opportunity to explore their own approaches and share them with their peers are well on their way to life-long learning. I’ll bet “life-long learning” is in your school district mission statement – or is it vision statement? (I could never remember if I was on a mission or having visions). For more on reflection, see my series detailing my Taxonomy of Reflection.

PS. Here’s my “handout” for the West Clermont workshop. Download Engagement-presentation (3MB pdf). It’s a glimpse into my workshop – but I can’t “hand” you the message. Remember, it’s about the experience (and reflection) not simply the content.

I'm presenting at Cyprus Fairbanks ISD's "Rigor, Relevance and Relationships Conference" near Houston Texas. (June 9-11). My keynote, "The Reflective Principal / the Reflective School," is based on my Taxonomy of Reflection. For more on my reflective model click here.  Here's a link to the Prezi tour of the Taxonomy of Reflection. I'm also giving  breakout sessions in Strategies for Summarizing and Comparing. For a sample of those strategies click here.

To follow the conference Twitter stream, I created this Wiffiti visualization based on the conference hashtag #RRRCF. Stop by my session and I'll have it running live. Click in the lower right corner of the visualizer to view it full screen