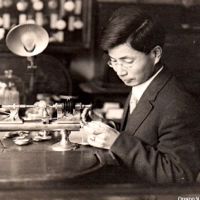 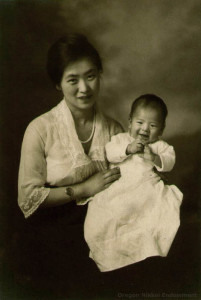 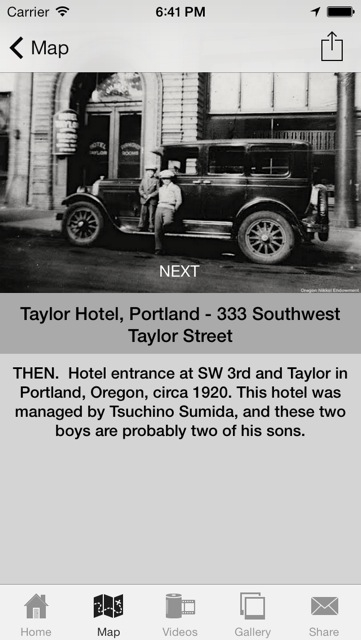 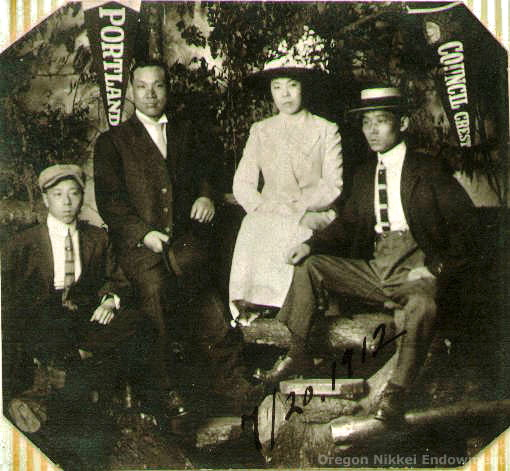 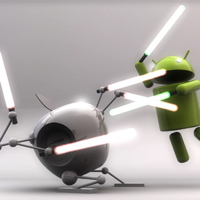 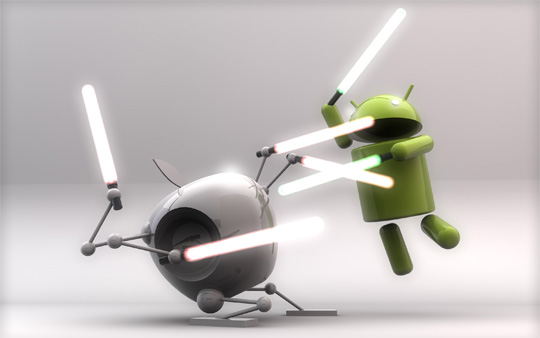 My iPhone 4s is coming off contract soon and before I replace it with the iPhone 5s / iOS 7, I thought I should do some research on Android-based smartphones (no interest in Windows mobile, sorry Steve).

My good friend Mike Gwaltney had great idea to end the guesswork – try an Android for awhile before I get caught up in next week’s iPhone launch frenzy. So two days ago, I took his advice and bought a Nexus 7 at Best Buy (two week return policy).

I was already using many Google services – Chrome, Gmail, G Drive – all that content was on the Nexus as soon as I logged into Google. But I’ve never used Google for contacts and calendar – they’re hosted on iCloud and synched between my Mac, iPad, iPhone and MacBook Air. My first goal was to get those over to the Nexus 7. I found a very easy (and free) solution for for moving contacts to Google – the (free) Bump app. I loaded Bump on my iPhone and Nexus 7 and did the bump. Selected all contacts and over they went. Looks like Bump can also move photos and audio files. (Though there must be better ways to do that.)

Moving to Google Calendar was much more challenging. I looked online at discussion groups and searched “Help” at Google and none of the solutions seemed to work. Eventually I found the SmoothSync app ($2.86 at Google Play). It moved my calendar to the Nexus 7, but strangely my appointments don’t show up in the desktop versions of Google Calendar. Haven’t fixed that yet, but my iCloud and Nexus 7 calendar are syncing with new updates in both directions.

I downloaded a bunch of my key apps to the Nexus 7 – Dropbox, Evernote, 1Password, Facebook, Twitter, LinkedIn. For the most part they look and behave like their iOS counterparts. LinkedIn somehow manages to have an equally confusing notification system on both platforms. The only app the varied greatly between platforms was 1Password. The Android version does not support selecting specific sections of text for copying to clipboard in the secure notes or attachments – very challenging if you have any important data stored that way,

Finally I tried my hand at customizing the home screen. I’d been impressed with all cool themes, wallpapers and widgets that I had seen online. So many to choose from, though some customizations didn’t function very well. When I tapped on the cool non-skeuomorphic icon for my calendar, I didn’t see my appointments, I was offered more settings for customizing the calendar icon widget. After wasting a few hours trying to trick out my home screen I ended up creating something that in retrospect looks a lot like my iPhone home screen.

So I’m 48 hours into Android. If I had to make a decision right now, I’d stick with the iPhone. So far I haven’t found any big advantages with Android. And getting my wife and I moved over from iOS and still maintaining synch with our Mac desktops seems like far too much work. But I’ll give it a few more days. 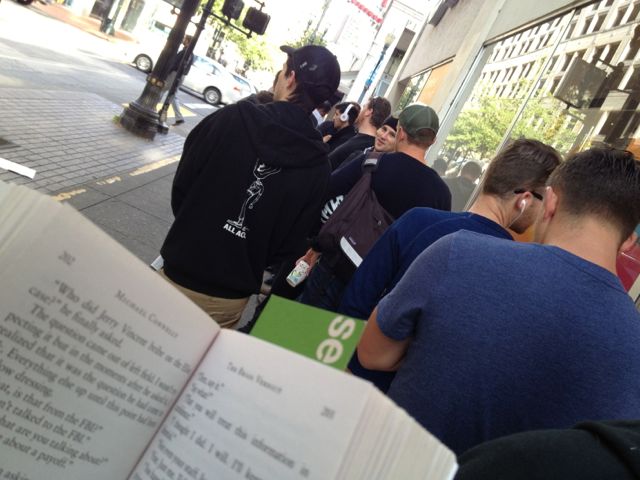 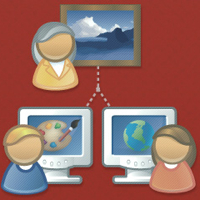 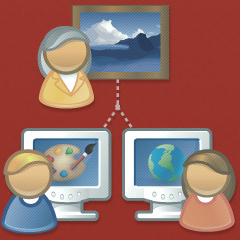 The 2011 Horizon report identified six new technologies that will affect teaching and learning in the K-12 education community over the next five years.

“Four to five years for Personal Learning Environments to have an impact?”  perhaps the Horizon report predictions on impact is already due for an update.?

Many innovative teachers are already harnessing these tools to to reframe the information landscape of the traditional classroom.

As I noted in Innovations in Teaching and Learning: Top Down or Bottom Up?

Head to the vendor area of an educational conference and you’ll see a “top-down” vision of innovation in schools – expensive stuff that delivers information – lots of flashy equipment like display systems, interactive whiteboards, etc. They might give the illusion of modern, but in fact they’re just a glitzy versions of the old standby – teaching as telling. Does anyone really think there’s an instructional ROI in jazzing up test prep with a “Jeopardy-style game” delivered by “cutting-edge display technology?”

In fact, the best innovation in instructional practice is coming from the “bottom up” – from teachers who find effective ways to harness the creative energy of their students. These teachers don’t simply deliver information to kids, they craft lessons where students can research, collaborate, and reflect on what they’re learning. They harness a flood of new platforms that enable students “see” information in new ways and support a more self-directed style of learning. Unlike the expensive wares being hawked by the convention vendors, most of these web tools are free.

In SmartPhone – Dumb School, I added

…When students do get on a school workstation (laptop or desktop) they quickly realize that it doesn’t “know” them as well as their phone does. Their personal device carries a wealth of information that’s important to them – contacts, photos, data, memories. To the school desktop, students are just a user on the network with a limited range of permissions. The biggest problem with the school computer is that it doesn’t do “place” at all. That’s a stark contrast to students’ mobiles, which geo-browse via the growing number of locational apps and geo-tagged information stream. 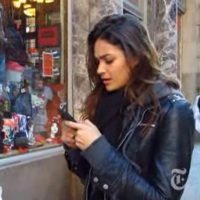 Here’s a clever video by Casey Neistat. Using an novel combination of live action and animation, he tell the story of the dangers of texting while walking. Casey notes,

By mastering the etiquette of texting, I hope we can gain more control over our increasingly electronic lives.  Let’s stop acting like hollowed-out zombies, with BlackBerrys and iPhones replacing eye contact, handshakes and face-to-face conversations.  It’s time to live once again in the present and simply be where we are. More

As someone who lives in downtown Portland Ore (without a car), I’m always trying to improve my pedestrian etiquette. It might be nice if the drivers stopped texting, as well. 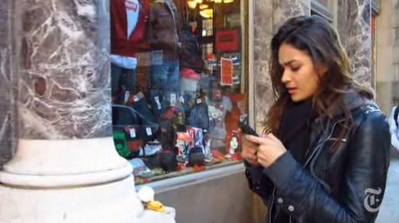 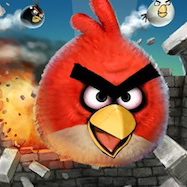 The Angry Birds app for my iPhone cost me $.99. I just checked my app stats and it appears I’ve won a “medal” for playing the game for more than 15 hours. (Disclosure: I’ve owned the program for about two months.) The next medal comes after 30 hours of play. Thus, my cost of Angry Birds is somewhere between 3 and 6 cents per hour – and dropping.

Where did I find the 15+ hours to destroy those evil pigs? What’s the opportunity cost of vengeance?

The price of information is rapidly approaching zero. Normally as cost of a commodity drops, we consume more of it. But unlike all the other cheap stuff we buy, and then later discard, cheap information demands our attention. Despite all the claims of multi-tasking, we are stuck with a finite attention span. Thus the ability to selectively filter out unwanted information and stay focussed on a task is emerging as the most significant digital literacy.

And it appears I’m not the only one distracted by green pigs. Peter Verterbacka, of Rovio (makers of Angry Birds) estimates 200 million minutes of play per day across the globe. Expect to see that number grow. Rovio recently surpassed a million downloads a day.

…. I can only hope it comes at the expense of lolcats.