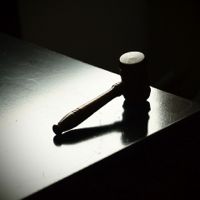 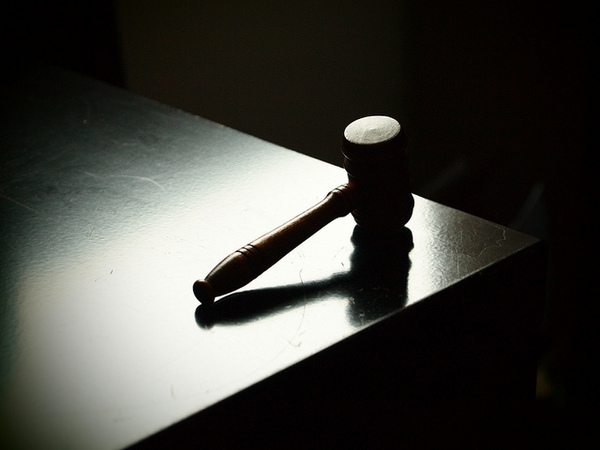 The highly-publicized trial and acquittal of Barbara Sheehan, brings the subject of spousal abuse and the battered-woman defense to the front page. Wife Who Fired 11 Shots is Acquitted of Murder (NY TImes October 7, 2011).

This case brings to mind a battered-woman defense mock trial that I developed and used for many years with my seniors at Pittsford Sutherland High School (Pittsford NY). I found that participation in mock trials enabled students to hone their critical thinking skills, collaboration, and explore significant legal and social issues in a real-world setting. Here is a copy of the fact pattern for this mock trial in pdf format – The Donna Osborn Case.

I found that many students who had previously been labeled “academically at-risk,” excelled in the fluid environment of a trial. “Honors students” sometimes struggled with material that cannot simply be memorized for a traditional test.

Mock trials are not “scripted” events. Well-written, they should offer a reasonable chance for either side to prevail. While I provided students with the witness statements, it was up to their legal teams to develop prosecution / defense theories and prepare to serve as witness or attorney in a trial held before an actual judge (or attorney) and a jury of adults from the community.

Each class was a separate trial held over a series of 5-7 days. (My classroom trials became so popular, that adults routinely stopped me in the grocery store to ask if there was another jury they could serve on. … Yes, but it has to be a case you haven’t heard before.)

The course was a one-semester politics and law class that included students from across the academic spectrum. Over the years, I found that many students who had previously been labeled “academically at-risk,” excelled in the fluid environment of a trial. “Honors students” sometimes struggled with material that cannot simply be memorized for a traditional test. This was a lesson that shaped my belief in fostering engagement with a more a student-centered and project-based approach.

To prepare students for this “authentic” assessment, they were introduced to rules of evidence and were given chances to develop their legal skills in preliminary classroom-based trial activities. The community-based trial was the “final exam” for the course. While the students were evaluated by me with a teacher-based rubric – the real mark of success was winning the case. That required developing a logical theory of the case, successfully communicating it to the jury, and skillfully restraining the opposition’s case.

After the adult jury rendered their verdict, they spent time with the class to explain the basis of their decision – highlighting both the successes and shortcomings of the prosecution and defense case. That was a real-world assessment that gave students valuable feedback on the difference between what they had intended to do and what actually “got through” to the jurors.

All trial testimony was video taped and catalogued in the school library for use by subsequent classes. Students carefully studied video tapes of prior trials to look for strategies that they might utilize. Having your trial video on a library “waiting list” was a peer assessment far more coveted than my evaluation. (Off loading content transfer to homework, so that classroom could be performance-based? Today we call that “flipping the class.”)

I developed the “Donna Osborn Case” after extensive interviews with police, district attorney’s office, medical professionals and advocates for abused women. The fact pattern was realistic and designed with many conflicting accounts that provided good material for cross-examination. While it had a solid evidentiary foundation, verdicts were often driven by belief systems that transcended the evidence and put jurors’ social values to the test. The fact pattern was carefully crafted to give both prosecution and defense a good chance at prevailing, and over the years I saw a fairly even split in verdicts.

In closing this post, I must give a big hat tip to good friend and attorney Jay Postel. The expert witness statements he crafted are a skillful distillation of both merits and shortcomings of the “battered woman defense” and the legal arguments against it.

Over the years I’ve received many interesting email from teachers across the world who have used the Donna Osborn Case. (A steady stream of emails suggests that mock trials may be especially popular with English language classes in China). I also have been amused by reoccurring theme – the student who needs help crafting their closing argument on the eve of summation.

Note: There are additional legal resources of interest to educators available for download at this link. They include simplified rules of evidence, as well as other criminal and constitutional appeals cases that I used in my class. Here’s a timeline of the facts of the Osborn case that someone posted on Dipity. 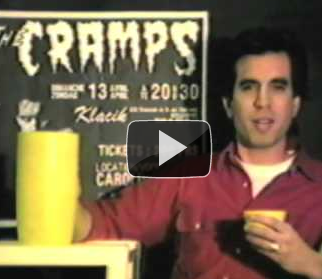 I thought I’d share this recently rediscovered relic from my early days as a teacher.

Back in the late 1970’s / early 1980’s I started teaching a high school “Media Studies” class. (Pittsford-Sutherland HS, Rochester NY). It was one semester, social studies elective that examined the impact of media on society (mainly TV – and all very McLuhan).   Duane Sherwood, our building edtech specialist, was inspired by early TV pioneer, Ernie Kovacs to shoot this 1 minute video. I used it after my first few introductory lessons. That day, instead of their teacher, my students found a TV / recorder in front of the class. The sign instructed them to “watch this video.”   The shot took “forever” to set up. I attribute my bad acting / missed lines to sitting sideways and trying to keep a straight face. It’s just too bad I wore red flannel and khakis that day….     Hat tip to Stan Merrell for digitizing this one