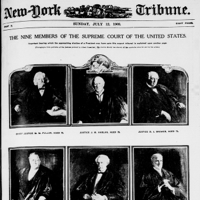 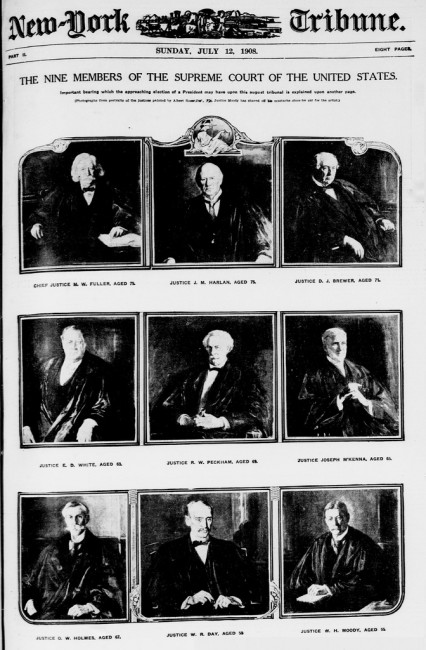 Peter Pappas will serve as an advisor to the Bill of Rights Institute – the recipient of a 2006 National Endowment for the Humanities “We the People” grant. The Arlington Virginia-based institute received $190,000 to develop Exploring Landmark Supreme Court Cases: A Document-Based Questions Approach a teacher resource book and web-based component to bring the intellectual arguments of landmark Supreme Court cases into the classroom.  This resource book will use a document-based questions approach to help the next generation comprehend these ideas and see how abstract constitutional principles are applied in specific situations and how the U.S. Constitution continues to affect their lives.

He will join a team nationally-recognized scholars and educational consultants taking part in the intellectual development of the project; providing guidance and review of the Institute staff’s work in creating the document-based questions; and writing a 500 page introductory essay about the pedagogical effectiveness of document-based questions. His award winning website, Teaching with Documents has long a been a leading resource for document-based instruction.

This important project is designed to help high school American History and Civics teachers develop in their students a deeper understanding of the documentary history and enduring significance of landmark Supreme Court cases. “We are taking a thematic approach to the cases, such as the role of federal courts and students and the Constitution,” said Claire McCaffery Griffin, the Institute’s vice president of education programs. The lesson plans will cover 19 landmark cases frequently cited in state standards and often referenced in U.S. History and Government textbooks.  The cases will deal with the six constitutional issues: “The Role of the Federal Courts,”  “Equal Protection and Affirmative Action,” “The Rights of the Accused,” “Students and the Constitution,” “Expansion of Expression,” and “Personal Liberty.” 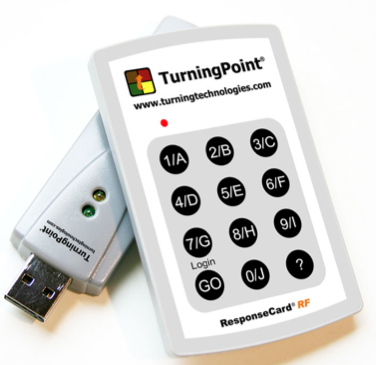 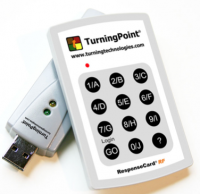 I’ve always found it ironic that I give large-group presentations promoting techniques to create a more student-centered classroom. Few teachers are inspired by a lecture on “Rigor and Relevance in the Classroom,” so I’m always using new approaches to engage my audience. Recently I’ve tried audience / student response systems (ARS / STS) in my professional development workshops. Judging from teacher feedback – its working.

So far, my favorite ARS is TurningPoint from Turning Technologies. It integrates into Microsoft PowerPoint and is quick to learn. It allows me to pose questions in my presentation, rapidly gather audience response via small RF keypads, and graph their responses into my PowerPoint presentation. I appreciate the quick set up – I open my laptop, plug in the RF receiver, pass out the keypads and go. After a few ice-breaker questions, audiences are comfortable using the responders.

For a sample of the system in action, here’s a 55 minute RealPlayer video of a conference presentation I did for the Oregon Dept of Eductation called “9th Grade Academy – A Small Learning Community that Works.” All members of the audience had responders and you can see how quickly we gathered data. If you need RealPlayer click here.

The right mix of presentation material and reflection can ramp up true-false, multiple choice and likert scales questions into a higher-order experience. In a recent “Content Reading Strategies” workshop, I teachers used the ARS to evaluate the strategies I was promoting – is it engaging for the student, does it support content mastery, will it be easy to use?

The quality of the discussion was dramatically improved. Teacher had a sense of how their peers felt and openly voiced their opinion on “why” they voted that way. The ARS helped us uncover a solid level of support that empowered their instructional leadership team to move forward.

Teacher evaluations of the ARS workshops consistently point to greater engagement, a better understanding in the material and livelier discussion. That works for me. Stop back for more of my feedback on the system. If teacher are this engaged, what it would do for students in the classroom?

This lesson improves content reading comprehension and critical thinking skills with an engaging array of source documents – including journal entries, letters, maps, and illustrations. It examines European views of Native American and the New World in the Age of Exploration. While it is a rather one-sided account, the documents also reveal a great deal about the cultural “lenses” that the Europeans “looked though.”I developed this lesson to assist high school history teachers working with struggling readers. I wanted to show them how they could scaffold learning so that all students could participate in doing the work of historians. I built the lesson around a theme which was central to their curriculum. It was designed as an essential question that would engage students in reflection about how they allowed prejudice to color their perceptions. I selected images which could be “decoded” by students with a minimum of background knowledge.

The source material contains twenty-five documents in text and image formats. I modernized historic accounts at two reading levels – 5th and 8th grade. Each contains the same twenty five documents.  A series of six exercises accompanies the lesson to guide students through the process of extracting information from the documents and constructing their own answers to the essential question. Link to Lesson 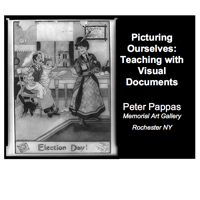 I recently worked with educators from across the Rochester NY area in a workshop titled “Picturing Ourselves: Teaching with Visual Documents”  at a workshop held at the Memorial Art Gallery.

We looked at strategies for using visual document to create student-centered lessons that invite students to construct their own meaning. Our focus included – the relevance of essential questions, higher order thinking skills, and linking visual literacy with listening and reading skills. Presentation Notes (4 mb) pdf.

Most importantly, we considered choosing images that contain information that is not overly dependant on background knowledge. This enables students of all ability level to successfully “do the work of the historian.”

Use this guide (9 kb) pdf to compare these two images (446 kb) pdf. The first is a famous photo of the linking of the transcontinental railroad. Without background knowledge, students merely see a group of men standing around two trains. Contrast with the second photo from the Stone Collection of a 1910 street scene in Rochester NY. Without much background knowledge students see autos, bicycles, electric trolleys, horse-draw wagons and pedestrians. Independently they can use this image to construct their own understanding of the changes in transportation in the early 20th century.

“Homefront America” is a lesson designed to improve content reading comprehension with an engaging array of source documents – including journals, maps, photos, posters, cartoons, historic data and artifacts. I developed it to serve as a model for blending essential questions, higher order thinking and visual interpretation.

For more ideas go to my websites Teaching with Documents  and Content Reading Strategies that Work For more images from the Stone Collection of the Rochester Museum and Science Center as well as images of Rochester and New York State try The Rochester Image Project. The Library of Congress Prints and Photographs Collection can be searched here. 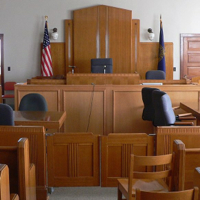 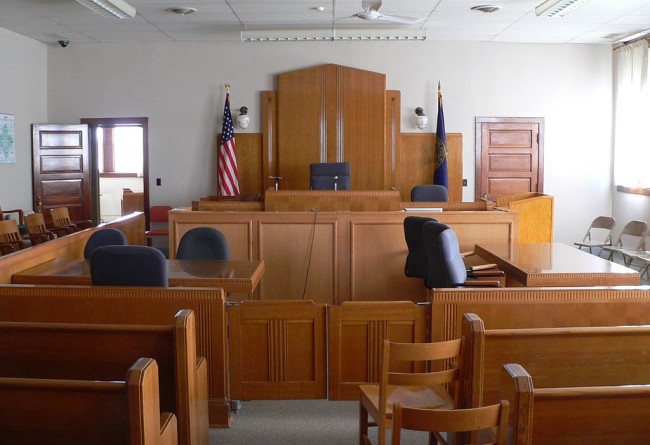 I’ve found that mock trials embody critical thinking in the classroom. I wrote a number of cases which proved to be effective tools for improving student analytic skills. I developed fictional yet, realistic fact patterns which provide ample “fodder” for solid direct and cross examinations. They needed to be built around compelling social issues that transcended the evidence and put people’s values to the test. I used these trials in completely homogenous classrooms. Ironically in this setting, students who had formerly been considered “at-risk,” often outperformed their “AP peers.”

Students prepared their roles and questioning as attorney or witness from the fact patterns.  Cases were argued before real judges and juries made up of adults from the community. After they reached a verdict, the juries returned to the classroom to debrief the students on their interpretation of the evidence and presentation of the cases. Years later, former students I encounter still fondly remember the excitement and accomplishment they felt as part of the trial. Link to Trials

Judging from my webstats and emails, these trials continue to be used in classrooms across the globe. My favorite email:

“Dear Mr Pappas,
You asked on your site for people to let you know how the trials turned out, so here I am! I am teaching English as a foreign language here in China, and needed something a bit different for a conversation class. Nothing I was coming up with was working, when my Director of Studies (who is American) pointed me in the direction of Mock Trials, which I confess to never having heard of. I admit to being skeptical, but gave it a bash with the Donna Osborn case, and as the judge ended up going in favour of the prosecution due to the way they argued – which goes against everything I thought about it! Today I am trying the rape case, so wish me luck. Basically, I wanted to say thanks, you helped a lot, and also gave me a whole new thing to think about in terms of lesson plans for the future.”

More frequently, I get late night emails from anxious students looking for advice on their closing arguments.

“Hi my name is … and I am in a Law 12 class in Prince George, British Columbia. I am the head of the crown prosecution for our mock trial.  I was just wondering if I could get a few tips from you on what would be a good closing statement.  I have brought up the points that
… The main point I have brought up is that under the Criminal Code of Canada …  What would you recommend for a good closing statement?”

The flow of information in the Copy/ Paste World has moved from a top-down broadcast model – to a horizontal connection that is both personal and collaborative. It allows you to your own researcher, editor, and entertainment director. And it creates new digital communities – linking you to the people who share your interests.