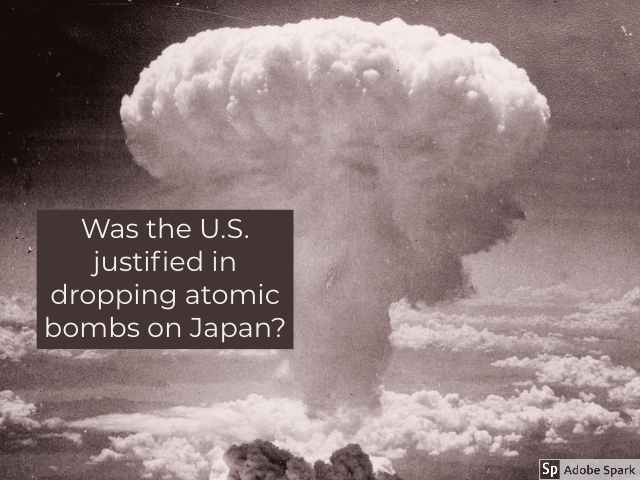 This semester my EdMethods students used Microsoft Sway for their final lesson design projects. This document-based lesson by Nicole Matier students examine a variety of source material in preparation for a debate.

Students will use these sources to construct an argument to debate the question: Was the U.S. justified in dropping the atomic bombs on Japan?

After you read these documents you are going to create a thesis statement in response to the essential question. Be sure to collect evidence from the text to support your thesis statement. When doing this consider whether the evidence you are choosing appeals to a reader through ethos, pathos or logos. 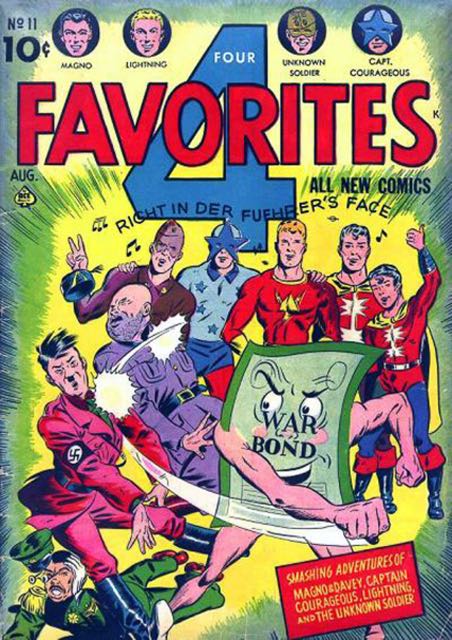 To better publicize student work, I’m featuring each chapter in it’s own blog post. See more in the series here

Welcome Historians! This book will help us understand World War II through the lens of comic book covers. I will give a brief introduction on the start of the Golden Age of comic books, and after an introduction of the start of the World War II (1939) and how that influence comic books. The essential question for this book is: What can early comic book covers tell us about World War II? The target audience for this book is ninth grade high schoolers. The historical skills that will be studied are sourcing, contextualization, corroborating, and close reading. The final project will be creating your own comic book cover or meme against or for the U.S. involvement during WWII. 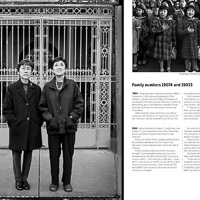 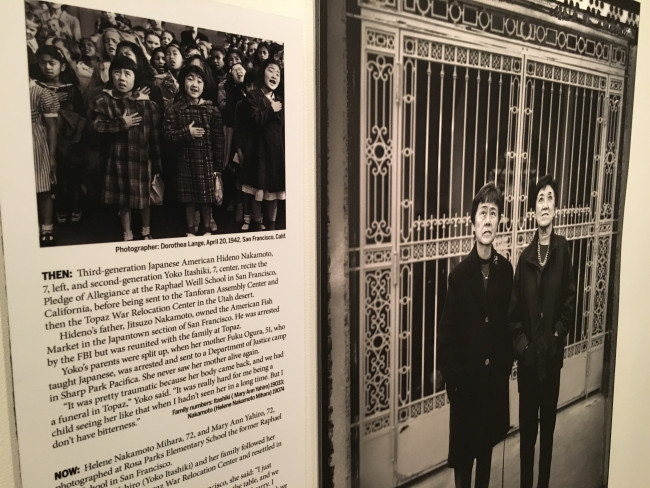 Pledge of Allegiance: Hideno Nakamoto and Yoko Itashiki at age 7 and at 72

There is a powerful new exhibit at the Oregon Nikkei Legacy Center Museum in Old Town Portland Ore. (121 NW 2nd Ave Portland, OR 97209)

“Gambatte! Legacy of an Enduring Spirit” Open through January 17, 2016.

In this all new traveling exhibit, historic images shot in 1942 by War Relocation Authority staff photographers Dorothea Lange, Tom Parker, and others are juxtaposed with contemporary images of the same individuals taken by Sacramento Bee photojournalist Paul Kitagaki, Jr.

The Story Behind the Exhibit by Paul Kitagaki Jr. on Vimeo.

Kitagaki writes:
In the late 1970s, as I started on my path as a photographer, my uncle, Nobuo Kitagaki, an artist in San Francisco, told me that Dorothea Lange had photographed my grandparents, father and aunt in 1942 as they awaited a bus in Oakland, Calif., to begin their journey into detention. Several years later, while looking through hundreds of Lange’s photographs at the National Archives in Washington D.C., I found her original images of my family.

As I examined Lange’s work I realized that every photograph represented an untold story that was quietly buried in the past. I had many questions and few answers. Most importantly, I wanted to know how Executive Order 9066 forever changed the lives of these internees who unjustly lost their homes, businesses and, sometimes, their families.

In 2005 I began searching for the identities of Japanese immigrants and Japanese Americans whose images of forced relocation were captured by Lange and the other War Relocation Authority photographers, including Clem Albers, Tom Parker and Francis Stewart. It’s a complicated and difficult task, as most of the photographs did not identify incarcerated subjects. During the past eight years I’ve photographed 25 of the original subjects, or their direct descendants, living in California, Oregon and Washington. Recently I’ve located 10 more subjects who need to be photographed. As each year passes we are losing the last Nisei generation along with their untold stories. More 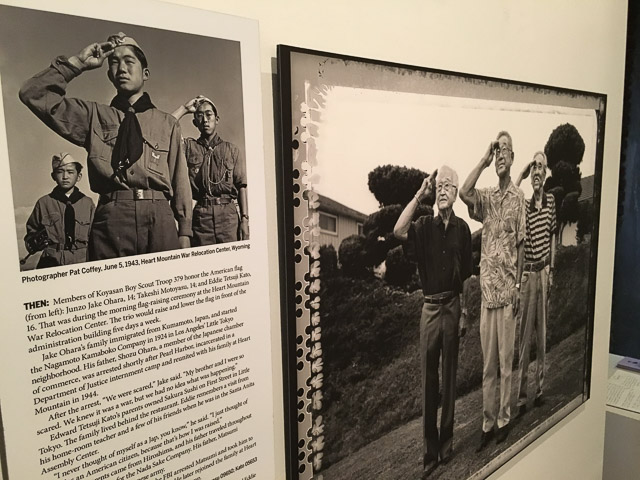 A Q&A with Paul Kitagaki, Jr. “Photography, Family History, and the Search for Missing Incarcerees” from Densho Blog 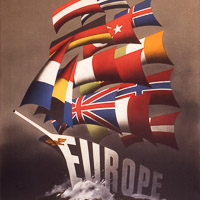 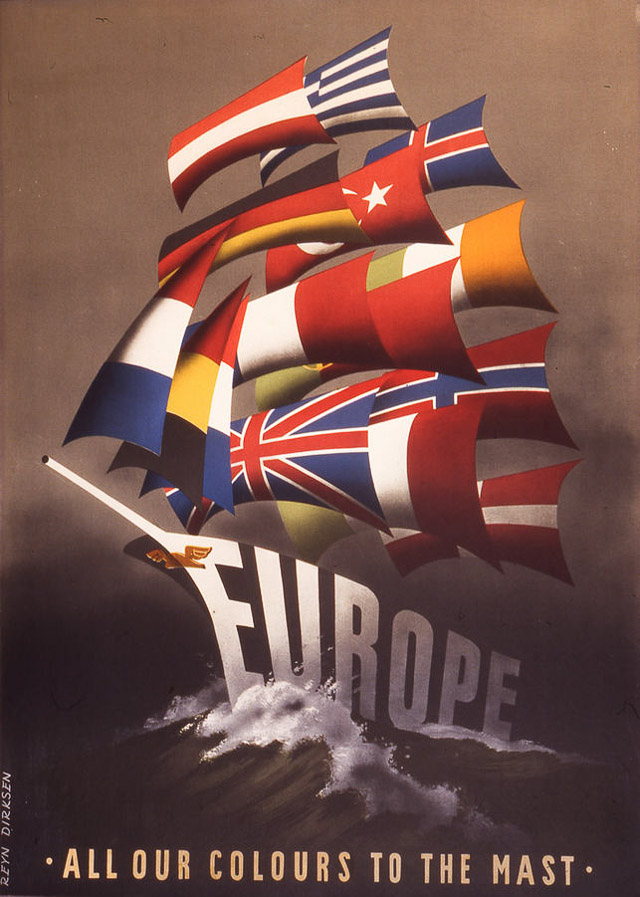 Essential Question: What does it mean to be the victor in war? Is there a responsibility to rebuild the enemy?

The Marshall Plan: Altruism or Pragmatism?
by Samuel Kimerling Download as PDF (11.7MB)

After WWII the United States gave more than $12.5 billion in aid to Europe. Was this all in the name of humanitarian aid? Or were there other economic and political goals behind the plan? This monumental effort raises some important questions regarding the nature of post-war policy.

We will examine original documents to answer these questions.

The Marshall Plan: Altruism or Pragmatism? by Samuel Kimerling from Peter Pappas

After switching my topic from the more obscure food history topic to the much more document rich Marshall Plan, my issue was not where to find documents, but just the opposite. There were so many great documents, I found myself following lead after lead on possible directions to take the assignment.  While I learned a tremendous amount about the Marshall Plan, the state of Europe after WWII, and the different opinions throughout U.S. and Europe about the plan, I didn’t feel like I was getting any closer to completing the assignment. But I was finding photos, documents, and getting more information. Through this research I was able to narrow my focus and choose an angle on which to focus: the differing views on the Marshall Plan from Europe, Russia, and at home in the U.S.. My next challenge was to step away from the history and just look at the documents.  What was I trying to say? What were the documents telling me?  I finally focused on assembling documents that could tell a story.  Once I had a clear narrative of what I wanted the students to see, the guiding questions practically wrote themselves. This assignment has been exciting for me on two main levels.  First learning how to write this type of assignment for my students will be something I will continue to work on throughout my career. I am a big believer in having students think like historians.  The other facet is just how much I enjoyed researching the history surrounding the Marshall Plan. Reading all the documents and seeing all the photos was like a DBQ itself.  I will continue to practice, learn, and hopefully inspire my students to do the same.
~ Sam Kimerling Twitter/@kimerlin171 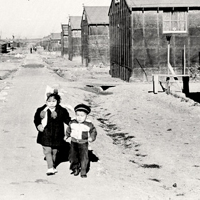 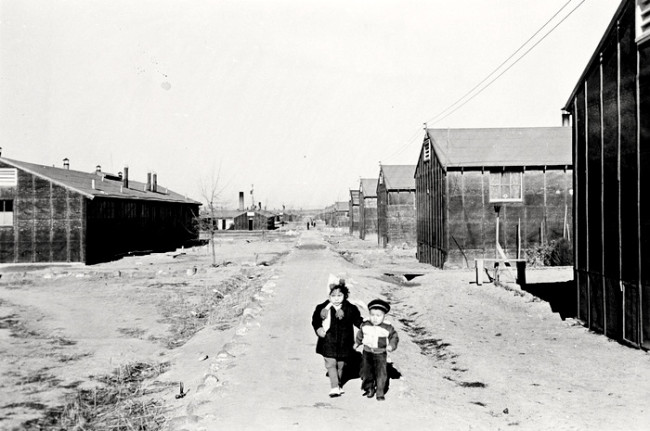 What was the impact of President Roosevelt’s 1942 Executive Order 9066 on Portland Oregon’s Japanese-American community? The following presentation uses video interviews of camp internees, archived photographs, and historic documents to answer that question.

It was created by Kyle Stephens and Peter Gallagher in conjunction with the Oregon Nikkei Legacy Center. Their thoughtful curation of historic content guides the reader through the experience of Japanese-Americans incarcerated during the War and the government’s justification for doing so. Engaging questions and points for discussion are placed throughout the presentation.

The lesson features reaction to Executive Order 9066, temporary incarceration at Portland Assembly Center (built on the grounds of a former stockyard on the banks of the Columbia River), and the final destination for most of Portland’s Japanese-American community – the Minidoka War Relocation Center in Idaho.

Kyle and Peter were student in my social studies methods class at the University of Portland working on curriculum development for Portland’s Nikkei Legacy Center. Special thanks to the Densho Digital Archive for providing video and still images.