Google just launched a complete overhaul of the popular Toontastic app – meet Toontastic 3D – a 3D cartoon storytelling tool. It really hits a sweet spot between ease of use and just enough customization to unleash your inner Pixar.

While it’s being promoted for elementary and middle school students, I think people of all ages could have fun with it. It’s a free download and runs on iOS or Android phones, tablets and “some” Chromebooks. 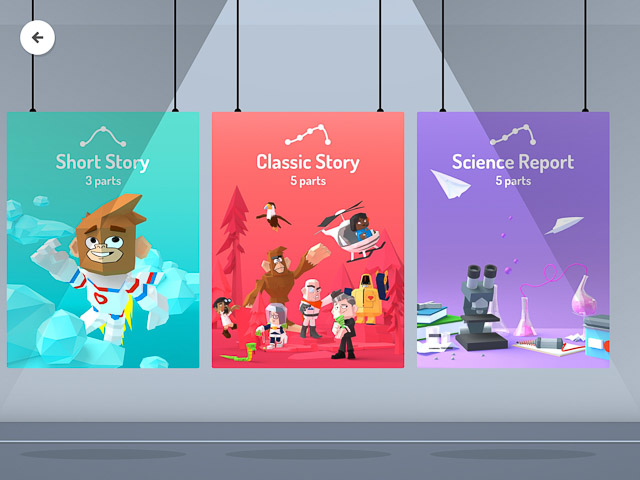 You begin the process by picking a story organizer. Choices include “Short Story” with 3 scenes, “Classic Story” with 5 scenes and Science Report. (Much cooler than Powerpoint and shown below). Or you can create your own story structure. 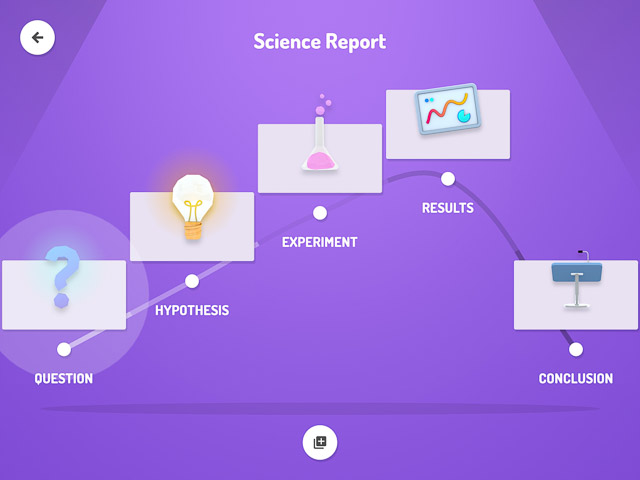 The app provides a step-by-step guide for organizing your cartoon. For example the “Classic Story” includes – set up, conflict, challenges, climax and resolution (with helpful thinking prompts). Then select and customize your characters. You can even use an in-app tool to add your face to a character. (Yes, that’s me below.) Next you’re guided through the design of each scene. You move your characters in the scene by tapping on the screen and adding your voice tracks for each. You can also activate their special actions (in this video, my character can break dance). Many of the background objects are interactive and can be activated with a tap. Finally you can add mood music from the app library with some simple controls to customize the soundtrack. Scenes can be reorganized before saving your final project.

Your finished cartoons can be save locally in-app or on the device. You can export them to your device’s photos app or library. The finished high-resolution video is saved as an mp4 and easy to share – you can import it into projects or upload to YouTube or other sharing services. Once it’s on YouTube it’s easy to embed into a blog or other Google tool.

Best of all, it’s designed to be school friendly – no ads or in-app purchases, no email or login required and you can even use it off line. Google states that they do not store your finished content nor any user info.

I plan to use this app with my EdTech Methods class. I’ll share some of their work when I do. Till then, here’s a finished video by DeeDee I found for you to enjoy.

It features eight engaging questions and historic documents that empower students to be the historian in the classroom. The units draw from a fascinating collection of text and multimedia content – documents, posters, photographs, audio, video, letter and other ephemera. “Stop-and-think” prompts based on CCSS skills guide students through analysis of the primary and secondary sources. Essential questions foster critical thinking. All documents include links back to the original source material so readers can remix the content into their own curated collections.

All of my student’s wrote for a public audience on our class blog and persued three class goals:

“To All the Klans and Klansmen of Texas Greetings:
Kool Koast Kamp. The Healthiest road to the Koolest Summer.”

"No worry. The Fiery Cross guards you at night and an officer of the law, with the same Christian sentiment, guards carefully all the portals."

As xenophobia takes a front row seat in American political culture, a bit of historical perspective is in order. In wake of WWI, the 1920s saw an explosion of anti-immigrant sentiment in the United States. This brochure, from the Duke University Library Digital Collection, promotes a 1924 KKK Family Kamp near Rockport, Texas.

Middle-class white supremacy had another wave of popularity in the 1920s, when the second Klan, which had a nationwide following, drew on the ideas of [Madison] Grant and others to sell white supremacy to both the rural and urban middle classes. It printed newspapers and books, held seminars as well as rallies, and even tried to establish a Klan university in Indiana.

Along with drumming up racial fears, the 1920s Klan relied on scientific and theological racism in The Imperial Night-Hawk, its national newspaper. Writing for the paper in 1923, a Louisiana Klansman and minister, W. C. Wright, outlined the Klan’s intellectual position on white supremacy, in which white people were “the leading race,” America was “a white man’s country, discovered, dedicated, settled, defended, and developed by white men,” and the distinctions between the races were scientific and divinely created.

The second Klan spread quickly across America in the 1920's. The VCU Libraries have documented its growth in a project, Mapping the Second Ku Klux Klan, 1915-1940.

Each red dot shows a local unit or "Klavern." The official numbers for each Klavern indicate a basic chronology for the chartering of the Klaverns, and they also reveal patterns of Klan organizing. This map invites you to learn about the second Klan in your area and across the U.S. and to study the courage of those who opposed the Klan.

To see more of what was driving KKK thinking, you can view a 1921 KKK application here.

Some of the KKK application questions echo today's voices of fear and xenophobia:

4. Where were you born?
5. How long have you resided in your present locality?
7. Were your parents born in the United States of America?
8. Are you a gentile or a jew?
9. Are you of the white race or of a colored race?
10. What educational advantages have you?
11. Color of eyes? Hair? Weight?
12. Do you believe in the principles of a PURE Americanism?
13. Do you believe in White Supremacy?
15. What is your religious faith?
17. Of what religious faith are your parents?
19. Do you honestly believe in the practice of REAL fraternity?
20. Do you owe ANY KIND of allegiance to any foreign nation, government, institution, sect, people, ruler or person?

I’m fascinated by old maps, so it’s been especially fun to follow the #MapMonsterMonday hashtag started by the Boston Public Library on Twitter and Instagram. Both have become hashtags for others to upload imaginative creatures.

Here’s a 5-minute PRI interview with Dory Klein, education assistant at the library’s Norman B. Leventhal Map Center. She started #MapMonsterMonday because “I wanted to connect people with our collections and make these maps a little more accessible and a little more fun. … They’re beautiful and fascinating and the stories behind them can turn into just a wonderful rabbit hole of research.”

If you’re looking for a great Map Monster lesson, I  recommend Medieval Maps and Monsters by the education team at the Osher Map Library. It’s a fascinating lesson for grades 3-5, but also  filled with resources for older students. It includes an editable PowerPoint presentation 16MB ppt, Sea Monsters Handbook 4MB pdf and even materials to make a Dangers of Sea Exploration Board Game. You also find links at Osher Map Library to other great map-based lessons on medieval maps, Renaissance, colonialism, thematic maps and more. 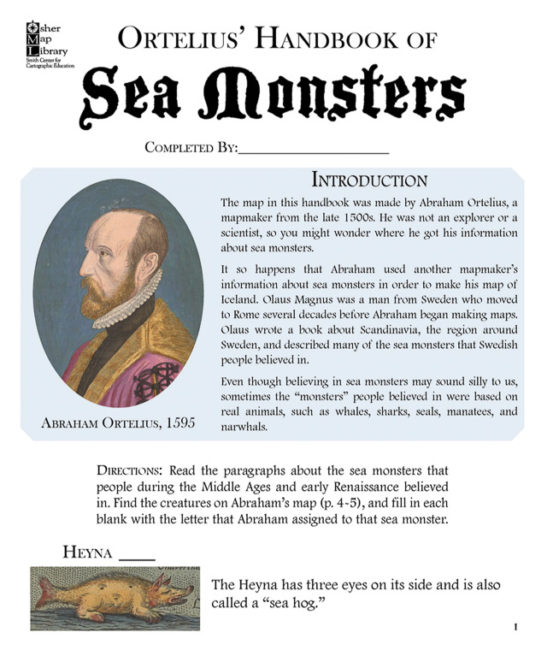