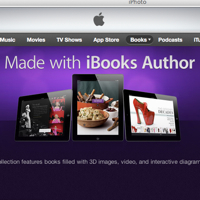 6 Replies to “Why I Haven’t Upgraded to iBooks Author 2.0”