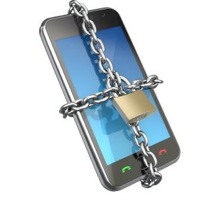 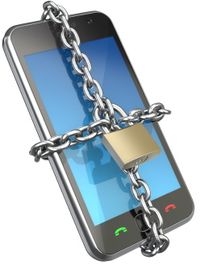 This week I attended a panel discussion sponsored by Mobile Portland entitled “The Myth of Mobile Context.” I was treated to an all-star panel that tacked tough questions exploring challenges, opportunities, design considerations and the user experience in the mobile context.

Through the talk,  I kept thinking about a quote from my previous post – The Future of Schools – Three Design Scenarios

“With rare exceptions, schools currently treat the digital revolution as if it never happened. Computers, more often than not, still sit in dedicated rooms, accessible only with adult supervision.

… When students step out the door of the institution called school today, they step into a learning environment … in which one is free to follow a line of inquiry wherever it takes one, without the direction and control of someone called a teacher… If you were a healthy, self-actualizing young person, in which of these environments would you choose to spend most of your time?

… The more accessible learning becomes through unmediated relationships and broad-based social networks, the less clear it is why schools, and the people who work in them, should have such a large claim on the lives of children and young adults…”

Mostly technology in school offers an “illusion of modernity” – automating routine tasks like word processing, or watching a teacher having fun at the smartboard. If students do get online in school – it often involves viewing “filtered” web content with limited functionality.  Of course students need lessons in “digital hygiene.” But curating all their web content and interactions doesn’t teach them responsible use, it just sequesters them behind a firewall. “Suspicion invites treachery” ~ Voltaire

When students do get on a school workstation (laptop or desktop) they quickly realize that it doesn’t “know” them as well as their phone does. Their personal device carries a wealth of information that’s important to them – contacts, photos, data, memories. To the school desktop, students are just a user on the network with a limited range of permissions. The biggest problem with the school computer is that it doesn’t do “place” at all. That’s a stark contrast to students’ mobiles, which geo-browse via the growing number of locational apps and geo-tagged information stream.

Mobile context in schools? Not much.

Maybe it was a bit harsh to entitle the post “Smart Phones – Dumb Schools.” But try doing without your smartphone tomorrow and see if that doesn’t feel like a pretty dumb idea.

For thoughful insights on the mobile web watch this great Slideshare by Yiibu.

One Reply to “SmartPhone – Dumb School”